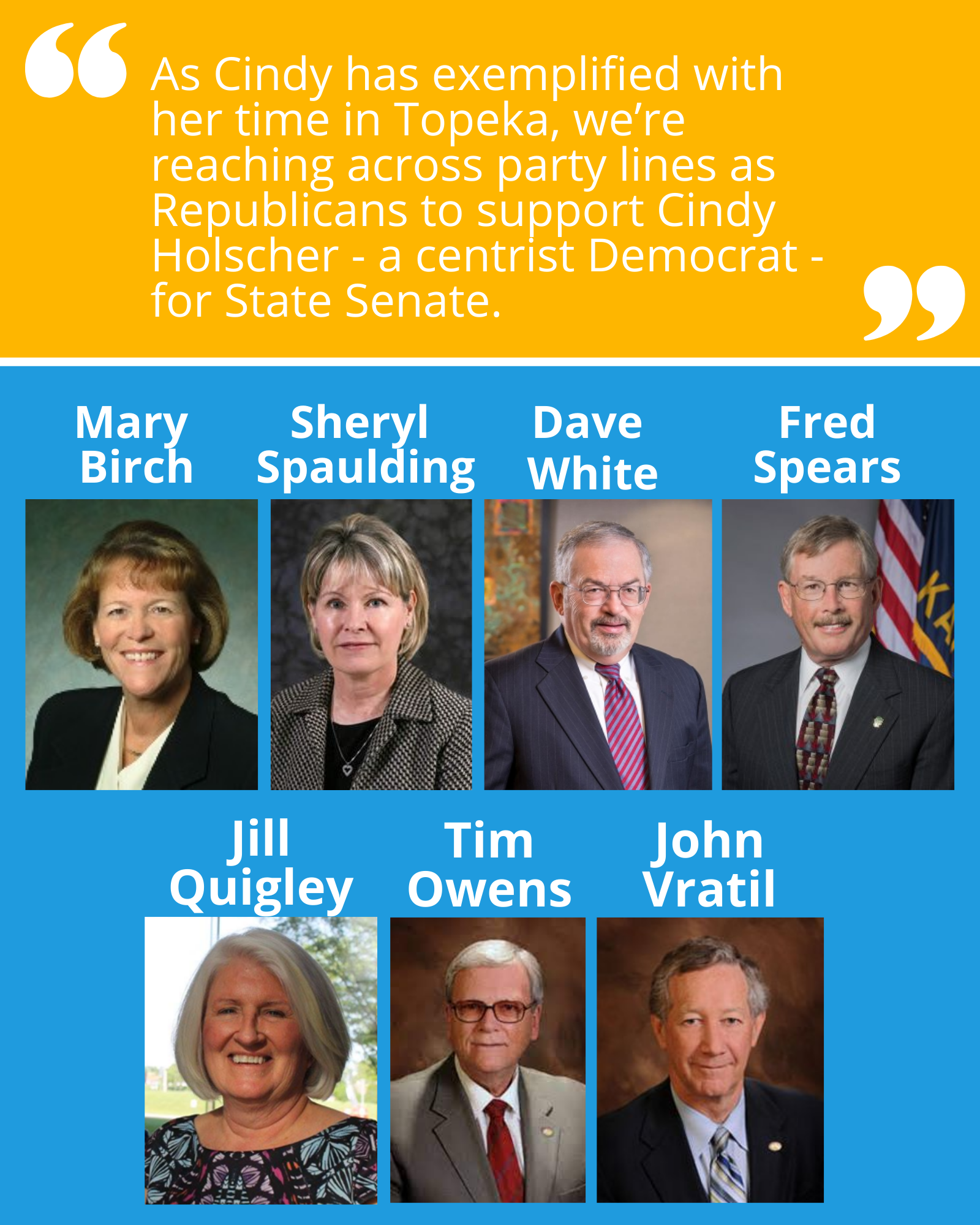 As Kansas Republicans, we are proud to endorse and support Cindy Holscher for the Kansas Senate District 8 seat in this election. We’ve each come to know Cindy as a commonsense, centrist candidate and believe her to be a great asset to our community and the state legislature. As Cindy has exemplified with her time in Topeka, we’re reaching across party lines as Republicans to support Cindy Holscher - a centrist Democrat - for State Senate.

Cindy and her family have lived in Johnson County for more than 20 years. She and her husband, Greg, have three children who attend our excellent public schools, where she first became involved in education policy through her local PTA. We’ve seen Cindy work tirelessly for public education, affordable healthcare, and budget stability in our state - first as a mom and then as a State Representative, serving two terms.

Cindy has proven herself to be an excellent legislator and champion of good public policy. She was one of the founders of the bipartisan women’s caucus, which ended the disastrous Brownback tax experiment. She has also been one of the state’s top advocates for Medicaid expansion - which would increase access to affordable healthcare and bring billions of dollars in federal funding to Kansas.

At such a pivotal moment for our state, we believe Cindy is the right choice for those who support a strong economy, top of the line public schools, and affordable healthcare. We invite you to learn more about Cindy’s campaign at www.CindyforSenateKS.com and humbly ask your support of her campaign in the upcoming election.